How did it get this way?
A series of cases in the late 20th and early 21st centuries in front of the Supreme Court led to the recognition of extraterritoriality of megacorporations greatly empowering them and consequently de-regulating them. Shortly thereafter, the resurgence of magic allowed tribal shamans from various Native American nations to challenge the United States hyper-power from within, eventually causing its collapse and the balkanization of the North American Continent.

The loss of the World’s Policeman emboldened other nations to revert to pre-United Nations methods and launch wars of aggression against their weaker neighbors. These wars led to further destabilization and destruction of infrastructure which in turn led to further balkanization on a global scale. All the while technology was improving at an exponential rate, blending man and machine while magic became more and more prevalent throughout the world.

In the end this left us with a world of corporate feudality fueled by hi-tech and magic that rivaled and frequently dominated the remaining nations . . .

“Wallace! You better not be watching history channel feeds on your AR again.”

“Seriously Wallace you keep that shit up and you’ll be out of a job even before Knight Errant takes over.”

Shadow Running in Seattle
Posted by Fast Jack in Seattle 2072

It took some time to shake out a lot of the wrinkles early on. Initially, I think what appealed to would-be Mr. Johnsons the most was the anonymity and disposability of shadowrunners. Some of that still applies today, but back then it was an almost virtual certainty that an employer would look to tie up loose ends by making sure the job was done and the ‘runners didn’t walk away from the meet alive. We learned the hard way to take precautions, set up failsafes and “insurance” and generally make it too expensive a proposition to kill off runners, when you could be cultivating them instead.

> Of course, this still happens all the time with newbies. Employers find hungry
young ‘runners, hire them for a job, and then gun them down at the meet where
they expect to get paid. The lessons Jack talks about have to get learned over
and over. The ones who manage it survive and get to the level where Johnsons
know better than to pull shit like that. It’s natural selection in the shadows.
> Riser

> Some corps also realized that it was often easier to cut off the evidence trail
up a rung, at the Johnson rather than the runners. After all, a go-between is
often nothing but an expendable corporate drone, and Johnsons usually have
enemies and rivals within their corp. So sometimes the reasoning is that the
runners are a more valuable resource, while the company can always find another
go-between.
> Hard Exit Back in Business Act 2

The Topps Company, Inc. has sole ownership of the names, logo, artwork, marks, photographs, sounds, audio, video and/or any proprietary material used in connection with the game Shadowrun. The Topps Company, Inc. has granted permission to Obsidian Portal Basement Shadowrun to use such names, logos, artwork, marks and/or any proprietary materials for promotional and informational purposes on its website but does not endorse, and is not affiliated with Obsidian Portal Basement Shadowrun in any official capacity whatsoever. 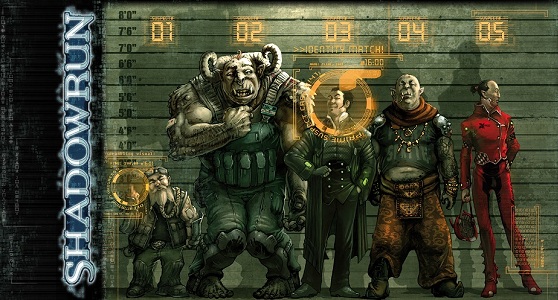