Dr. Emil Luprecht was a top researcher at Delta Cybernetics until it was disbanded. He has not been heard from since. This has led many to conclude that he was ‘downsized.’

Dr. Luprecht has doctoral degrees in cybernetics, psychology and Occult studies. He has literally written ‘the book’ in several sub-fields. 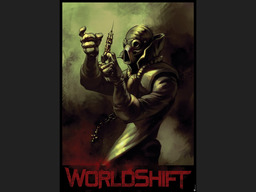