A shadowy Spaniard, takes an interest in Clive for reason unknown.

‘El Presidente’ is the youngest son of a deposed dictator who was displaced in the late unpleasantness between Amazonia and Aztlan. his family is largely expired now but he still has dreams of heading back to Amazonia to retake his family’s birthright, or at least his family’s lost properties. He still has some contacts but his family assets are severely depleted.

‘El Presidente’ has a big time grudge against both Aztlan and Amazonia and all his actions are colored by it. He really wants to put together a mercenary force and push those ‘bullies’ back out. he has even outfitted an aircraft for the purpose but hasn’t been able to put together the team. instead he hires out his plane to generate capital to launch his own personal invasion. the Azzies occasionally try to whack him . . . but they don’t really try that hard. 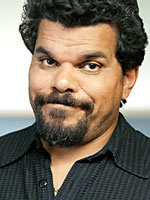