The kind of guy your mom warned you about: the kind who will stuff you in his trunk, turn you to goo, and drain you into the storm sewer.

Cormac was born in Aztlan sector of Denver, Colorado, on June 19 in the year 2040. The only son of UCAS citizens Topper Rowan, a midlevel salaryman in biotech R&D for Aztechnology, and Elizabeth Rowan, a partime housekeeper, Cormac’s younger years were normal for any child raised in the Aztechnology shadow. The oppression and grime outside of the walls were unknown to Cormac, who focused on achieving his dreams of following in his father’s footsteps into medicine and medical research. However, this all changed in 2050, when Aztechnology soldiers massacred civilians near Campeche, Mexico. Jaded, Topper left Aztechnology, and despite years of dedicated service, was thrown out of the sector and barred from employment within any other megacorp under not at all veiled threats of lethal repercussions.

Calling in a few favors from old friends, Topper was able to regain access to the UCAS Sector and rent a small apartment for his family. He found a job overseeing shipping and receiving of medical equipment for a small urgent care clinic owned by DocWagon. Unfortunately, the pay was barely enough to maintain the apartment, let alone feed and educate a son with dreams of medicine. Almost immediately, Topper began searching for a way to get out of Denver altogether. Luckily, an uncle in Seattle offered to put him up until he got situated, provided he could get himself out there. In spring of 2055, Topper made his way to Seattle alone, leaving his family in UCAS Sector with promises of nuyen wired weekly. That was the last time Cormac saw his father. On the evening of August 6, 2056, Topper Rowan was gunned down in a drive by while biking to work as a researcher at the University of Washington. The gangbangers responsible were never apprehended, and Lone Star chalked it down to just another random act of gang violence.

By spring of 2057, Elizabeth, through pulling Cormac out of school the year before, and selling nearly all of the family’s possessions, was able to scrounge together the nuyen to fly to Seattle. Cormac’s great uncle generously opened his large Bellevue apartment to the family. The uncle, Peter Kondrak, had fallen ill, and agreed the family could remain provided Elizabeth maintained the apartment. In addition, he provided funds to assure Cormac received proper schooling to develop both his interest in medicine and also his magical talents that had begun manifesting during the previous year.

High school in Seattle was easy for Cormac, and, despite missing a year, he graduated at 18 with a full scholarship to the University of Washington. As an undergraduate, he double majored in medicine and magical theory. In his free time, he participated in the university shooting club, travelling the Seattle area for various, longarm competitions. Cormac even competed in the Tir, coming in second to an elf introduced as “Blackwing,” apparently some local celebrity.

In 2061, to afford his graduate studies in magical theory, Cormac took a position with the same man who had hired his father six years prior, Adolf Munst, a world-renowned researcher in metazoology. In addition, he assisted in an advanced psychology course, Language of Thought, or LOT-433. The professor, a tenured drunk, rarely showed up to class after the first week, and Cormac took over. Combining his understanding of magic, mainly manipulation magic, he applied various theories and examples to the students that made him a bit of a legend, if only for a semester. His work with the class earned him the appellation “LOT” which stuck long after the course was complete.

However, it was while working for Munst that he learned his father’s murder may not have been as random as it originally seemed. Munst revealed that his project had been secretly funded, beginning in the fall of 2056, by Renraku Corporation, until the incident at the Seattle arcology in ’59 diverted the funds elsewhere. Cormac was well aware of Aztechnology’s restrictions on his father’s employment, and while Renraku was not yet providing funding when his father was murdered, the talks were definitely progressing behind closed doors. Munst insisted that he had no knowledge of the elder Rowan’s restrictions and indicated that his father had no knowledge of the grant either.

Armed with this information, Cormac approached Lone Star to reopen the case. He was rebuffed at every turn. All low level flunkies he was allowed to speak with informed him that the nearly 5 year old case would remain closed.

It was shortly after this disappointment that Cormac’s mother committed suicide. He had long suspected she was battling with depression and drug addiction, never really able to cope with the death of her husband. And Cormac never found in himself the ability to confront or comfort her. Wracked with guilt, Cormac dropped out of college. Living on meager savings in a dump of an apartment, he instead focused on his magic.

His constant, rigorous study regime brought the attention of his “black angel.” A spirit of air in the guise of a raven approached Cormac and offered to teach him how to touch the thoughts and minds of others. Cormac readily agreed, and began seven long years of intense magical study wherein he refined his skills and developed his power.

The goings on of the outside world were nearly invisible to the young magician. His only outside contact was doing inventory for a local Talismonger named Queenie Beth. It was dull work, but it provided enough nuyen for Cormac to continue his studies, and Queenie seemed to be intrigued by the mage for reasons unknown to him.

It was during this time that his great uncle died. All of the uncle’s wealth had been drained by late-in-life medical bills. Even the apartment he lived in was owned by a bank waiting for to sell it out from under his dead body. Despite this, he was able to leave Cormac with one parting gift: a 21st century restored Triumph TR3 automobile with internal combustion engine and manual control. Cormac loved the car and would take it through morning rides through the streets of Seattle.

His studies more or less complete, Cormac decided to put his education to work and infiltrate Aztechnology to find out the truth about his father. Using traditional methods, he applied at the Complex in Seattle. He was refused. They knew him to be the son of Topper Rowan, and the Rowan name was blacklisted. There was no way Cormac Rowan would be hired by the corp.

Resolute, he determined to pursue less traditional methods. Queenie Beth put Cormac in touch with a contact who in turn, put him in touch with a man named Clive Painter in 2070. Clive is a faceman, a master of multiple personalities, and the right man to teach Cormac the skills necessary to work his way into Aztechnology. The two became friends almost immediately. Clive’s charisma had earned him a pretty penny, but he maintains an apartment with Cormac to “see how the 47% lives.”

The pair spent a year and a half doing more drinking than espionage, wasting most of their free time hanging out at the Bad Penny, a shitty dive bar in the Redmond Barrens, and giving Rourke, the owner, most of their money instead of earning any.

It’s a fateful night in late September 2071 when Cormac, watching his last 30 nuyen transferring into the Bad Penny’s account, utters the words, “Damn, I need to start making some real money.”

Less than a week later, his comlink buzzes with an incoming call from Rourke…

Lot shares an apartment with Clive in Renton. Any protection money paid goes to the local Shigeda-gumi Yakuza at the moment. It is all very informal, and the reps aren’t very chatty, if they even speak English, which is doubtful. If the Yakuza are ousted (their hold on the area is somewhat recent and tenuous), one might end having to pay someone else, too.

The apartment is just off 108th near The Murdered Mime. It is an okay area, and The Italiano has great portion sizes (their marinara is a bit bland, but you didn’t hear that from me).

At the end of 2071, Arducci Gandalfo, at the instigation of Queenie Beth, Initiated Lot into the Benandanti XXV 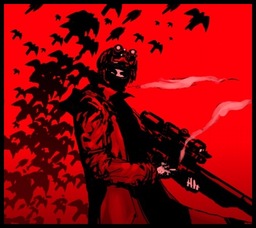